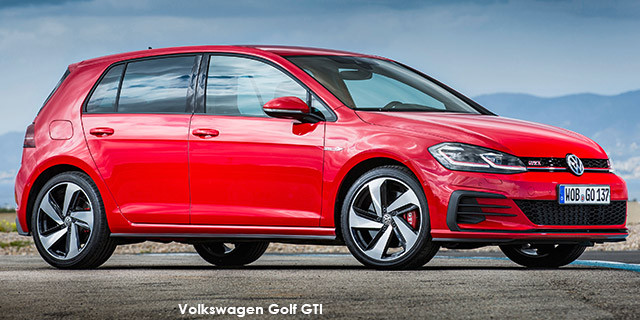 South African’s love cars, but more specifically, we love the Volkswagen Golf GTI. Since the first generation Golf, it’s become a classic in the local motoring scene. It’s no surprise then that the GTI is one of Volkswagen South Africa’s top selling models. It could be because of the sporty looks, the hot performance or the frugal efficiency. We decided to find out.

The styling of the VW Golf GTI 7.5 is really clean and modern. It may be just a facelift of the 7thgeneration GTI, but it looks and feels like an entirely different car. Up front, the headlights integrate their daytime running LED’s a bit more tidier, emphasising the red line running across the front grille that connects each of them. Below that is a redesigned front bumper with sporty black air inlets and a subtle lip spoiler at the bottom of the honeycomb lower grille. The bonnet features a pair of sporty lines running across either side into the roof, which hides a sunroof in its gloss black finish. The end result is a face that needs no introduction and is instantly recognisable.

From the side, your attention is drawn to the 19-inch ‘Santiago’ alloy wheels and the red ‘GTI’ badging just ahead of the front doors. At the rear you’ll find a pair of round exhausts that are responsible for delivering the signature vrr-pha soundtrack synonymous with the GTI. Aside from a sporty roof spoiler, the rear end is identical to the rest of the VW Golf line-up, now including redesigned LED taillights as part of the facelift.

The interior is classic VW, but adapted for modern times. The traditional instrument cluster is replaced by Volkswagen’s adaptive display which still communicates speed and revs, as well as gear, range, economy, and media. An 8-inch infotainment screen is standard kit on the Golf GTI, but customers also have the option to upgrade it to a bigger 9.2-inch touch display with integrated USB, Bluetooth and Apple CarPlay support. Another interesting feature that can be found in this screen is Volkswagen’s different drive modes, made possible with Adaptive Chassis Control. The driver can choose between modes like Comfort and Sport and the car will adapt its personality to conform with the selected driving mode.

Provided that it’s a GTI, I found myself in Sport mode most of the time. There is 169kW of power and 350Nm of torque available on tap from the 2.0-litre, 4-cylinder turbocharged petrol engine. Drive is sent to the front wheels through a snappy 6-speed DSG automatic transmission, allowing the Golf GTI to accelerate from 0-100km/h in a hot-hatch worthy time of 6.4-seconds before climbing to its electronically limited top speed of 250km/h. I also tested the GTI out on its efficiency and, assuming that hot hatches aren’t really the most efficient cars out there, the GTI didn’t stray too far away from its claimed fuel consumption of 6.4-litres/100km.

So, the Volkswagen Golf GTI is a quick hot-hatch when you want it to be, and an equally efficient daily driver when you drive it properly. After spending a considerable amount of time with it, I could finally see the appeal. At a starting price of R565,800 the Volkswagen GTI is good value for money. It might not be the most affordable Golf in the range, but considering all of the bells and whistles that it features, as well as its sporty looks and the street-cred that comes from that, I would even say it’s one of the best all-rounders available right now.

Buy a new or used Volkswagen Golf at a great price.
We put you back in control, make a single request and get up to 3 quotes from dealers nationally.
Get Quotes 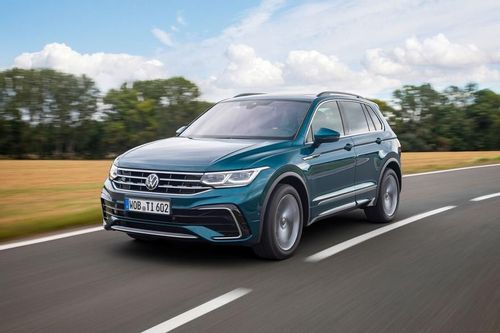