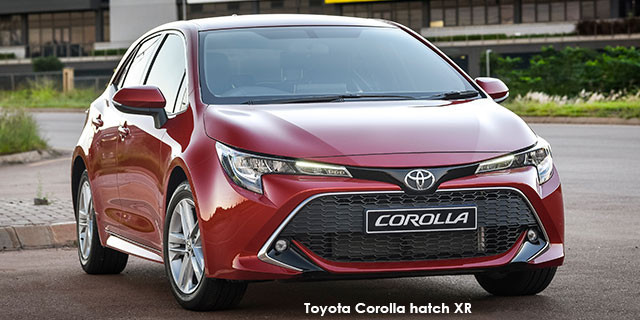 The Toyota Corolla is a very popular car in South Africa, and it’s been that way for the last 40-years or so. We’re all familiar with the Corolla Sedan but the ‘Corolla Hatch’ isn’t as well-known, and that’s because it has carried different names, such as RunX and Auris, throughout its lifetime. Toyota has made an interesting decision to introduce their latest hatchback model as the Toyota Corolla Hatch to South Africa. Is the new model worthy of the Corolla name? Absolutely not and here’s why.

The Toyota Corolla Hatch actually looks like a serious, sporty vehicle. One would usually associate the Corolla name with vehicles that are conservative and mild-mannered; cars that put function before form, but the new model looks really good and I would be confident that it could hold its own among the Audi’s and BMW’s of the world. The slim headlights up front now feature daytime running LED’s as standard and sit above a massive hexagonal central radiator grille. A closer look at the grille reveals a sporty aluminium strip that outlines the grille, the protruding front lip and the two LED fog lamps.

From the side you’ll notice a set of 16-inch wheels which, I feel, could have been a bit bigger and sportier to suit the rest of the car. The electrically adjustable side mirrors feature blind spot warnings and the door handles feature keyless entry. At the rear you’ll find a pair of slim LED taillights below a subtle boot spoiler. There are intricate lines flowing from lower bumper into the tailgate and through to the taillights to create Toyota’s recently familiar ‘X’ design. The Corolla Hatch is available in six colours, with our test unit finished in bright Caribbean Blue.

The interior of the Corolla Hatch is just as sporty as the exterior. One of my favourite interior features are the sport seats which are finished in a mix of leather and alcantara-like suede and have a very modern design with a metal insert below the headrest, very similar to the AMG seats in the Mercedes-AMG C63s that we reviewed a few months ago. The dashboard is covered in leather with intricate white stitching all around the cabin. The central infotainment system is big and fits in with the sporty vibe that the Corolla Hatch is aiming for, providing Bluetooth, aux and USB connectivity. In fact, the infotainment system in the Hatch is one of the better budget systems that I’ve tested. It was quick to use, easy to set up and connected to my phone’s media instantly so that my music would play almost as soon as I started the car. The rest of the interior is functional, and feels like a good place to be in.

The extensive list of creature comforts available on the Toyota Corolla Hatch is impressive considering its starting price of R346,600. We got to test the top of the range XR model, which is available from a slightly higher price of R377,500 but it includes things like cruise control, blind spot monitor, one-touch automatic windows, automatic dual-zone climate control, heated seats and a reverse camera as standard.

There is only one engine available across the Corolla Hatch range and it’s a 1.2-litre turbocharged 4-cylinder petrol. It produces 85kW of power and 185Nm of torque which is sent to the front wheels through a CVT transmission. I expected the CVT to be slow and clunky, but I was surprised by how smooth and clean it was. It shifted up and down the gears without much hassle, but I feel like Toyota missed an opportunity to double-down on the sportiness by not including a pair of paddle shifters along with the manual shifter zone on the gear lever. Toyota claims that the Corolla Hatch will do 6.1-litres/100km and that’s a fair figure given that I had averaged around 7.5-litres/100km with the Sport mode activated.

In a world where hot-hatches now cost over R1-million, the Toyota Corolla Hatch stays true to the original idea of an affordable, sporty and efficient hatchback for younger drivers to enjoy. This car is practical, the engine feels nippy and it looks good enough for me to feel confident parking next to, say, an Audi A3 or BMW 1-Series. I think it’s a winner.

Buy a new or used Toyota Corolla at a great price.
We put you back in control, make a single request and get up to 3 quotes from dealers nationally.
Get Quotes 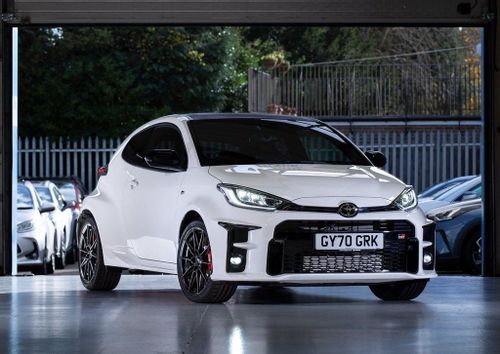 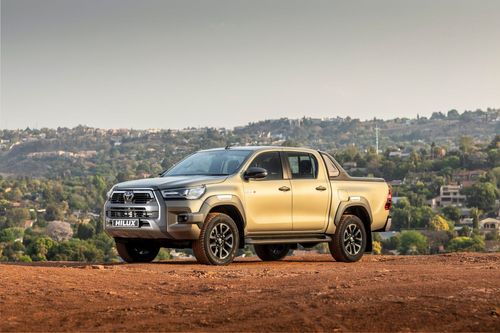